Technology continues to rapidly grow and exceed our expectations. New and improved computer models line up the market every few months with top of the line features that make us want to upgrade. If you continually keep up with the trends, you are more likely to have older computers that have become useless to you.

The most common thing to do with old computers is to trash them. But wait! Computers contain various components and materials that can be reused in one way or another. Computer recycling is a viable option. Improper computer disposal can result in them ending up in our landfills, causing environmental issues. This is because computers contain toxic chemicals and materials that are harmful to the environment. So, PC recycling helps decrease this issue as well as can contributes to amplifying natural resources. 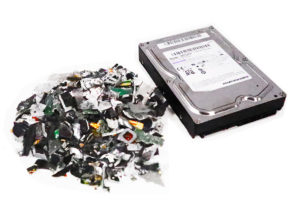 Our computer recycling centre works for easing your burden off. You can easily donate your old computers to us and we will recycle them with the greatest responsibility and environmentally safe.

Check our other Services

Please type your details below along with you query and we will get back to you as soon as possible.

This website uses cookies to improve your experience while you navigate through the website. Out of these cookies, the cookies that are categorized as necessary are stored on your browser as they are essential for the working of basic functionalities of the website. We also use third-party cookies that help us analyze and understand how you use this website. These cookies will be stored in your browser only with your consent. You also have the option to opt-out of these cookies. But opting out of some of these cookies may have an effect on your browsing experience.
Necessary Always Enabled
Necessary cookies are absolutely essential for the website to function properly. This category only includes cookies that ensures basic functionalities and security features of the website. These cookies do not store any personal information.
Non-necessary
Any cookies that may not be particularly necessary for the website to function and is used specifically to collect user personal data via analytics, ads, other embedded contents are termed as non-necessary cookies. It is mandatory to procure user consent prior to running these cookies on your website.
SAVE & ACCEPT